Back to all posts

Heads up, Methodist friends.
Pay attention to this news about SMU.

What does this mean?
Plain and simple, this is not a WCA plot.

This IS an attempt by SMU to “protect its assets.”
Pure and simple, that’s what this is.

And nobody should be surprised by this.

Nor should they be surprised that the South Central Jurisdiction (SCJ) has pushed back, legally.

What I’m here to suggest, however, if that pushing back legally MIGHT be a mistake.

What SMU knows is that the future of the UMC is uncertain, and could be headed for divorce. What SMU Trustees, and Gerald Turner know, is that they have responsibility for a assets of several billion dollars. (Not hyperbole…) What they finally know is that is during a divorce, couples fight over assets.

SMU does NOT want to be fought over in a coming UMC divorce.

Do you blame them?

That is why they are doing this.

And I can speak with some confidence about this, because I was a part of a similar group of Trustees that recently came to similar decision.

Two years ago (and still today) I was a member of the Board of Trustees for Mount Sequoyah Retreat Center in Fayetteville Arkansas. At the time, Mount Sequoyah and SMU were both technically owned by the UMC….and specifically by the SCJ. The Bishops of the SCJ approached us to say they wished that Mount Sequoyah be sold off.

So, while it wasn’t our *first* hope for the mountain, we agreed to a separation. But! (And this is the relevant point here…) as a part of our own internal deliberations as a Board of Trustees —as we debated whether or not to separate from the UMC— we *absolutely* discussed this same issue I’ve written about just now. We realized we did *not* want to be fought over in any future “divorce” involving the UMC. We decided it was in OUR best interest to advocate for an independent future for Mount Sequoyah, as an independent retreat center.

And, that’s what happened. Basically, the Bishops and SCJ let Mount Sequoyah go.

Now, interestingly, they have NOT done this with SMU.
Almost exact SAME situation.
Very different choice of response from the SCJ.

Ever since General Conference 2019, I’ve wanted to write a blog titled:
“What I’ve Learned as a Pastor, Watching Thirty Years of Divorce Court.” 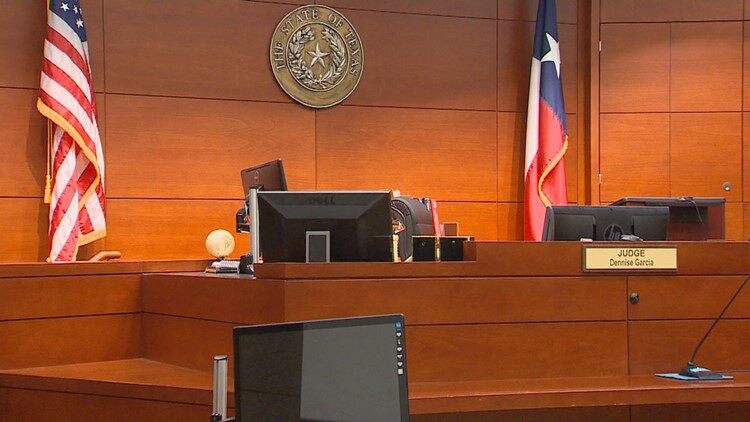 I still might write it. But, let me take a moment to make the primary point below…

Because being married to a family lawyer and now Family Court Judge for more than 25 years has taught me many things about divorce and marriage. My wife and I have far more more interesting and rich conversations about the nature of divorce and marriage than perhaps the average UMC clergy and their spouse do.

One of the chief lessons I’ve learned is: “Don’t fight over stuff.”

Sometimes divorce is a healthy thing. Sometimes it allows couples to move on with their lives, if they will take that chance.

But, far too often, I’ve seen and heard of couples fight a death-match with each other, arguing over their “stuff.”

Even worse, sometimes they are so ANGRY with one another that they spend all their energy, and literally all their money, fighting one another.

Couples sometimes spend hundreds of thousands…if not MILLIONS of dollars…staying connected through the anger and bitterness of court proceedings….rather than choosing to move on and start again.

There are lawyers, of course, who feed their anger and bitterness. There are other lawyers, more wisely, counsel their clients on exactly these issues.

“You can pay ME all your assets,” they tell their clients, “or you can find a way through this and start over…”

It’s a wise family lawyer who counsels their future, and does not feed their present anger.

It doesn’t always work. Sometimes the anger is too fierce. Literally, sometimes couples spend millions of dollars, fighting over an ashtray their kids made in kindergarten. (This has literally happened…not hyperbole…)

When you feel that your side is RIGHT and that the other side is WRONG, you tend to be suceptable to this kind of thinking.

I must be clear here.

As I have put forth in *countless* writings over the past few years, it’s time for us to put PEOPLE first.

As Bill McElvaney said before his death: “I am no longer willing to maintain the unity of the Church on the backs of gay and lesbian people.”

Whatever future there is for the UMC, our PRIMARY focus must be on what serves people.

I will have NO tolerance for arguing over stuff.

I can’t tell you how many times I’ve heard somebody say in recent months “I just don’t want those WCA folks to get the UMC building.”

Let me say this now: They want it. They’ll fight for it. All I’m saying is: To me, while the loss of the UM Building would be tragic, I’m not willing to allow it to be the ashtray that spoils a divorce agreement here.

Hell, it’s BILLIONS of dollars. If I was as mad for power and control as leaders of the WCA seem to be, I’d fight for it too. But I don’t feel the need to fight for SMU because:
1. Progressives haved no need to control SMU and
2. SMU has a lot of smart people working on this. They will be fine without my defense of them.

I’m just saying what I’M willing to do, based on my 30 years of watching divorce court.

I’m not willing to fight over stuff.

If divorce is coming —and a great many people left, right, and center continue to believe it likely— then I am simply telling you were I am.

I’ve learned that it’s too pointless to fight over stuff.
Life is too short.

What does it mean for the future of the UMC?

It means the thinking people at SMU think the UMC’s future is uncertain at *best.*

Perhaps there is some chance for one more, one final Hail Mary, here in our second “overtime” period of the game to save the denomination at the general church level.

I think it unlikely, though. Hail Mary’s fail more than they succeed.

And it’s pretty clear to me that SMU knows that too.